This story. I laughed, I cried, it moved me. The writing was totally believable, the plot fun and light with just a touch of nerve wracking, and the story heartbreaking and heartwarming in equal measures. I absolutely adored all the references to shows and movies gone by. I'm so invested in the futures of these characters, I can't wait to read more of the series! Thought at first it was a little slow, but.

Loved the twists and surprises I loved the grandma. The author made a sad situation funny by putting a spin on it that makes the reader smile at the eccentricities and put them into perspective.

The quotes from movies were fun and an entertaining aspect of the story as well. As is typical for Ms. Thompson, she interjects a powerful human need into every story. In this novel it was Kat's longing for a relationship with her father. While the emotional damage caused by his abandonment when she was only seven was heartbreaking to process with her, it was realistically portrayed. So was her adjusting to the idea that her grandmother's mind was slipping away. Stars Collide was a well rounded story in all aspects and I never got bored with the story or started skimming through the pages.

Kat Jennings and Scott Murphy don't just play two people who are secretly in love on a television sitcom-they are also head over heels for each other in real life. When the lines between reality and TV land blur, they hope they can keep their relationship under wraps. But when Kat's grandmother, an aging Hollywood starlet with a penchant for wearing elaborate evening gowns from Golden Age movies, mistakes their on-screen wedding proposal for the real deal, things begin to spiral out of their control.

Will their secret be front-page news in the tabloids tomorrow? And can their budding romance survive the onslaught of paparazzi, wedding preparations, and misinformed in-laws? From the sound stage to a Beverly Hills mansion to the gleaming Pacific Ocean, Stars Collide takes readers on a roller-coaster tour of Tinseltown, packing both comedic punch and tender emotion.

Normally, Janice Thompson is one of my favorite authors but I was a little disappointed in Stars Collide. The story sounded like a nice, delightful read but I really had a hard time getting into it for some reason. The characters didn't really have much depth to them in my opinion.

Yes, we know they are "believers" and are morally good people, but you really don't get inside their heads. All of a sudden the two main characters realize they are attracted to each other-maybe even in love.


Then within weeks, they are discussing the rest of their lives and marriage. I know the premise of the story is that their characters are getting married but it seems to come out of the blue very quickly for the actual characters.

I did, however, like the grandmother character. My own mom is mild-to-moderate Alzheimers and is quite forgetful but I've only had one experience where she thought we were sisters. Patience is a learned virtue when it comes to dementia and I understand Kat's handling of her grandmother. Stars Collide is a cute read with chapter titles that include names of sitcomsWho's the Boss? A nice touch of Hollywood and trivia is intertwined in the book and it gives a small peek into "behind the scenes" of making a television show.

And there's humorous moments that made me have a quiet chuckle but it didn't seem to be one of Ms Thompson's best efforts sorry!! I really enjoy her other books! Here at Walmart. 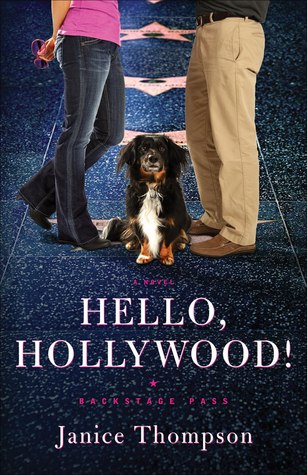 Has Stars Collide turned you off from other books in this genre? Who would you have cast as narrator instead of Julie Lancelot? Julie did a good job.

The author was very descriptive, the grandmother, while having her own aging issues, was such an endearing character it almost made up for the rest. I was given a free copy of this audiobook in exchange for an honest review. I did like the narration. I was voluntarily provided this free review copy audiobook by the author, narrator, or publisher. Which character — as performed by Julie Lancelot — was your favorite? The amazing treats continued when he showed us a collection of rare astronomical books. Then came the two jaw-droppers. This copy was owned and inscribed by the Herschel family — William, Caroline, and John!

When Michael and I finished, we crossed a short distance to another great institution, the Field Museum. In the hidden hallways of the Field Museum, up in the research labs and libraries of the second floor, we were treated to a long discussion with Philipp about the meteorite collection — one of the finest around — and the ongoing research happening there.

Ever since its commencement in , the collection has grown every year and still receives annual donations from well-placed scientists and collectors. Philipp showed us a large specimen of the Murchison Meteorite, famous for containing amino acids, some of the compounds necessary for life. He showed us a jar filled with submillimetric diamonds — stardust — extracted from primitive meteorites. He also showed us a beautiful slice of Allende, a wonderful primitive meteorite that fell to Earth in with large chondrules and calcium-aluminum inclusions.

These blobs of material that cooled and solidified in meteorites are older than Earth. Philipp then showed us one of his primary tools used for analyzing meteorites, his Raman spectroscopy setup. The gallery showed an incredible array of minerals, and we can imagine that many other planets would also have similar mineral specimens.

We saw great examples of diamonds, gold, topaz, the tourmaline group, varieties of quartz, rubies, emeralds, and more. Marcela, who leads a dynamic group of researchers, generously told us about all the research activities going on at this amazing place.

She described in detail the current major role of neutrino detection. Our Fermilab visit was crowned by a great discussion with Dan Hooper, a well-known expert on dark matter who gave us a solid overview of the challenges that researchers face in identifying what dark matter consists of, and how his research is tackling the issue. After a full morning experiencing Fermilab, we headed north, back into Wisconsin, winding our way through country highways.

A minute drive brought us to the town of Williams Bay on picturesque Lake Geneva, home of one of the great historic astronomy research centers in the United States: Yerkes Observatory.